The call to unity 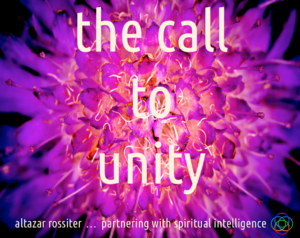 I was born a few short years after the end of World War 2, into a firmly established wartime consciousness that permeated my early childhood. I spent some of those years in the adventure playgrounds created by the Luftwaffe – the bomb-sites of North London.

Since those days there have been several nuclear scares, along with military action in other parts of the world, but I’ve lived in the privileged war-free zone of North-Western Europe. The wartime consciousness I remember from my childhood has faded into a history that fewer and fewer people are alive to recall … but it feels like it’s back now.

During times of war major controls are imposed on the civilian population. That’s generally accomplished by a manipulation of consent through insistent official narratives supported by the “news” media. And of course, any information that undermines the official story is completely cleansed from the public domain.

In fact, tough civilian controls and relentless official narratives are clear signals that there is a war going on. So if there is a war being waged right now, who are the combatants and what is it about?

Traditionally in times of war there’s a call to arms. What that does is support and perpetuate whatever war is being waged.

In the current crisis a call to arms hasn’t been issued overtly. It’s been concealed in the story of a common invisible enemy that we must unite to defeat. This enemy is not an army, or a political regime. It’s more frightening than that; it’s an infection that’s been rolled out as a threat to the life of all human adults and formulated as a universal threat to our livelihoods.

The implication is that we must all agree to fight this common enemy. Dissenting defines you as a danger to society. This legitimises the violation of personal freedom and sovereignty on an industrial scale. And, as in all wars, there are industries benefiting from it. Ask yourself which ones.

This is a war about the control of humankind … a war of information and psychological manipulation … a war unlike any other that the current existential phase of humankind has been aware of … So it’s not so easy to identify as a war. But there are clear sides on offer and they are divisive in ways that undermine the fabric of our human interactions … our trust in ourselves.

The establishment narratives are artificially overdetermined and fervently adhered to by government agencies. Yet those same stories are deconstructing themselves through their incoherence and inconsistencies. And this is the VITAL piece of INFORMATION.

It’s not the stories that are important. They’re a distraction. What’s in the process of being revealed are the mechanisms by which humankind has been enslaved and controlled for a long, long, time.

The control systems are actually imploding by the force of their own restrictiveness. The tighter they become the more they’re revealed for what they are; they become less effective and they provoke more conscious enquiry. That in turn generates more and more conscious dissent.

This is the beginning of a revolution in consciousness that the establishment are inadvertently supporting in their attempts to prevent it. Somehow, through the imposition of stricter and stricter social controls, and psychological terror tactics, a curious call to unity manifests by default. We’re all in it together.

For sure, it’s not a comfortable process. Transformation never is. So much of what we believed was true has to be let go. That includes fundamental beliefs about our identity and our society.

The call is not to take sides in the war, however, but to reflect on our own individual existences. How we’ve been played and how we’ve complied. In that process we become aware of the sovereignty we’ve surrendered … and which our ancestors were forced to surrender. The persistent underlying strategies of disempowerment start to show. And that gives us the opportunity to shift our inner responses.

This is the substance of a curious phenomenon. Because as we INDIVIDUALLY question our beliefs and take responsibility for our life expression INTERNALLY, we start to broadcast that as an existential truth … a vibration. As that process becomes more widespread it births a new collective frequency … an existential paradigm … and a new reality for us to transition into.

That reality is not about the CONTENT it’s about the PROCESS of owning our truth and taking responsibility for ourselves. This consciousness of unification honours our individuality, our autonomy and our sovereignty – because it’s a process of FEELING what the Universe requires from us and aligning with that.

And it’s happening behind the scenes  . . .  under the radar.

The challenge is to align with our truth and recognise that although it may be different from someone else’s that doesn’t make anyone wrong. We each have a unique part of the puzzle. The picture that shows us our new reality manifests as we fit the pieces together.