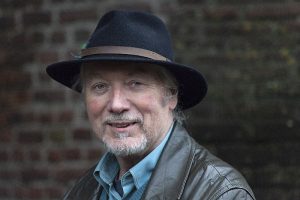 I often get asked: How can I tell what’s mine and what’s in the field? Well it’s a bit of a tangle because the field is in you and you’re in the field. This is why it’s so important to get clear of our emotional triggers and reactions … or at least explore them, so we know what they’re about. Once you have some clarity about how your personal system reacts and why, it becomes a bit easier to detach from the emotional noise of the environment. This is why it’s so refreshing to take walk alone in natural surroundings … there’s less noise.

So, the “field” is the sum total of ALL the frequencies of living beings on the planet. It is not always harmonious and not all are human-resonant. And we all have different resonances. Furthermore, the frequencies at which your system vibrates are continually shifting. These frequencies comprise your energetic signature. They are both what you broadcast into the field and what you resonate to within it. Your personal frequencies [there are many] relate directly to the level of consciousness you’re operating at. This is also continually shifting in relation to your mental/emotional state. And your mental/emotional state is often running on closed loop programmes that have nothing to do with the truth of your being.

That programming is installed in utero and throughout childhood. It’s also resident in the DNA coding passed down through ancestral lines. It’s part of a mass-consciousness … a collective … that informs everyone until and unless they recognise the inner conflict it produces. Some programming bleeds through from other lifetimes and forms of existence. The mechanisms of all this are easily adopted into hierarchical control structures that strategically disempower huge populations. Where fear, hatred, outrage, prejudice, shame, resentment and criticism are promoted, it indicates the presence of a hidden service-to-self control agenda.

The lower the frequency of the psycho-energetic environment, the lower the general frequencies of the inhabitants. The lower the general frequencies of a population, the more easily and effectively it is programmed. At a personal level the lower the frequency of your energetic signature, the more susceptible you will be to any distracting and disempowering energies around you. But you will most likely believe you are behaving naturally. However, as your frequency rises so does your immunity to programmes of disempowerment. Not only that, but the programming of lower frequencies starts to become obvious … and painful … as it falls away …

The solution is simple, but far from easy. Your frequency rises as you clear your reactive programming and find the truth of the love that lives at yourcore. This increases your resistance to the noise of the environment, but it also triggers challenges from those who are used to your old way of compliance. Sometimes programmed people fall away as you free yourself from the prevailing collective programmes.

Part of the distraction programming running in the collective is an imperative to convince those programmed people to whom you’re emotionally attached, that they should come with you. This can keep you stuck and drain a lot of your life force. The fundamental challenge is to surrender to your Divine Intelligence … your I AM essence … and DECIDE to optimise your frequency, whatever it takes. That decision has to arise from within. It can not be forced. However, your intention to take the decision will trigger your I AM into action. The decision will then be made in the appropriate timing for you.

The rest is a matter of following the signals that present themselves. These are generally invitations to explore an aspect of yourself that you’ve previously avoided. It’s not about forcing yourself to face your worst fears … they will actually transform in the process. Each time you accept one of those invitations you reclaim a little bit of the truth of who you are.