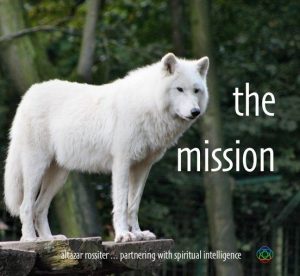 From certain points of view, it seems that humankind is now moving through an unprecedented transition in consciousness. Some people are calling this an awakening. By implication this categorises other people as being asleep. This is a polarisation that’s loaded with judgement, and which is potentially very divisive.

Where any such division arises it’s important to investigate its roots. That way it becomes useful information that can be negotiated rather than something to deny. Skipping past it maintains the division. Working through the issues that surface clears the old behaviour patterns and liberates our life force energy to sustain us in more conscious ways.

As you get clear of your old issues and patterns, your consciousness expands. In this process you automatically become an agent for the new energy paradigms. Those paradigms don’t physically exist yet, which means you (we) have to co-create them. That co-creation is driven by our increased integrity with our inner truth. This is what I regard as allowing the Universe to inform me through my Spiritual Intelligence.

There are clear indications that there can be no return to the old ways of being. The collective old energy paradigms of control are at the point of collapse, yet they’re straining to hold on. This means that there will be times when you (we) need to deal with people determined to cling to the old ways.

When you are criticised from an old energy perspective the critic actually becomes a channel for the entire old energy paradigm. So it’s not just their personal stuff that gets projected at you; it has the entire mass of the collective behind it.
In those moments you are called to stand in your power and let the light shine through you, without going into battle.
That onslaught of the collective c

an feel like an emotional battering. So the clearer you are in yourself, the better you will be able to withstand this kind of attack with compassion and love.

You have to know that the individual concerned is operating from a place of terror that is not entirely theirs. It’s the collective fear that the reality they inhabit, and their identity within it, will evaporate.
If you are the person operating at the most loving vibration (the highest level of consciousness) in the room … in the group … in the community … then you are the leader. You are appointed to this position simply by choosing to be in integrity with yourself.